Trying to convert a number to a string

Hi all,
I am trying to do the problem 4 of the Euler project.

A website dedicated to the fascinating world of mathematics and programming

The code compiles, however returns an error.
Here’s the error:

… I am having trouble converting a number to a string …

Re: your comment, “I am having trouble converting a number to a string”, see the “parse” method in this comment in the following thread:

Speed of atoi and atof vs. internal read

For reference, you can also check the work by @lkedward to update the Fortran code at the Julia microbenchmark site mentioned in the above thread.

You are writing into an unallocated character string. There is nothing to gain by making the string allocatable. For 32-bit integers, it needs to be 11 characters in order hold the largest values and a negative sign, so just make it 11 characters. I’m assuming here that you will eventually change lower_limit and upper_limit to larger values. As written, you only need 5 characters.

If you change integer kinds, then you will need to change the size of the string. Given an integer of some kind, you can easily compute the number of decimal digits in huge(i), but I don’t know of an easy way to do that at compile time. One needs something like the inverse function of selected_int_kind(). If precision() would take an integer argument, that would work, but it doesn’t, it only works with real and complex kinds. You can scale storage_size(i), which is the bit size, but with simple expressions like storage_size(i)/3+1 you will overcount the decimal digit count for large integer kinds. However, that may be close enough for this purpose.

One other comment might be appropriate for this too. You are using list-directed i/o to write to the string. If you want more control over leading and trailing spaces, then use something like an ‘(i0)’ format. That always results in the minimal number of digits written to the string. You can also avoid the internal i/o entirely and just compute the characters yourself from the integer value.

Well, if you really wanted a constant for the string length required, this old technique would work, I think:

For two digits just going through them all, duplicates, factors, and such aside would be reasonably fast, but you might want to look at the “Greedy Algorithm” as one method of finding it faster 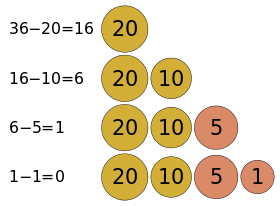 for bigger number of digits, or at least starting with the bigger numbers first and skipping values smaller, as converting to a string is pretty expensive. Some really eye-catching patterns of factors and primes in those palidrome numbers.

@FortranFan @RonShepard @urbanjost , Thank you all for your suggestions.
Here is my slightly amateurish way of doing it :

I hope to in future probably use urbanjost’s really cool module from the Fortran wiki :
https://fortranwiki.org/fortran/show/tostring
I am hoping for some more feedback regarding programming style, good practices etc.
Thank you all once again.

These are just minor comments. I think the i0 format left justifies the characters within palindrome_input_string. Since you are just dealing with positive values, you don’t need to watch for a leading negative sign. That means you can count the number of digits with the len_trim() intrinsic, and you don’t need a do loop to do that.

It isn’t clear if you want to count just the strings with an even number of digits, or also those with an odd number. I think your code is counting both.

Finally, you are considering all possible products of the integers. Since i*j == j*i, you really only need to consider the unique pairs in the search. There is an easy way to limit the nested do loops to achieve that.

As noted, skipping unneeded calculations can give a big gain. Just flipping the order of the loops from large to small values and not processing candidates smaller than the most recent answer speeds it up
by a factor of 40 to 60 depending on the compiler and compiler options; which is an additional way to
reduce computation in addition to skipping the duplicates. For example, just changing a few lines
and running them with the “time” command (assuming you are on a Unix-like system) shows a significant speed-up without getting into some fancy reductions. …

I was looking for both even and odd number of digits

, and thank you once again for the help.