FORD creates HTML documentation for Fortran source code, but it assumes that

I wrote a Windows batch file that copies the source files of a program to a directory, replaces ! with !! in those files, runs FORD on them, and opens the generated HTML. The sed utility needs to be installed. It would be nice if FORD could take as input a text file that lists source files and if FORD could be configured to recognize a single ! as a comment.

Comments are marked by !!, as opposed to the single ! mandated by the standard.

Have you tried altering one of the docmark settings in the project file?

The settings are explained here: 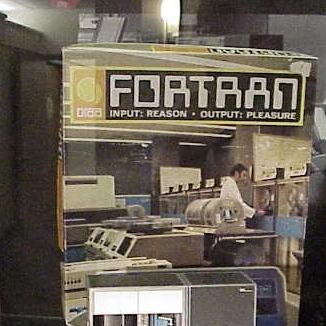 Automatically generates FORtran Documentation from comments within the code.

I believe you can leave docmark: empty, to use a single single exclamation mark. This might lead to some problems, as FORD could have trouble to differentiate between comments which precede or follow modules/subroutines/functions, comments which belong to the interface dummy variables or derived type members, and finally developer comments which are not supposed to be included in the generated HTML documentation.

The double exclamation mark !! is simply a default setting in FORD to allow the parser to differentiate between comments with different purposes. There are no intentions to do things differently than mandated by the standard.

Concerning your first bullet point, there are also settings to specify additional source directories, or exclude certain files. The documentation is here:

Automatically generates FORtran Documentation from comments within the code.

That said, I never really liked the additional burden of having to maintain the FORD project file, on top of my project Readme, build system files, etc.

Still, it is one of the rare solutions for site generation available in the Fortran world.