Convert double to quad precision without junk in high digits

The following code produces a result that I did not expect:

I’ve tried this with three different compilers. I thought that " u=1._qp*z " would assign u a quad precision representation of z, but I did not expect it to fill the high digits with garbage. I also tried " u=real(z,qp) " but it does not help.

Is there some way to avoid this? I want to have u=1.23456789_qp . I don’t want to do this assignment manually (as in the previous sentence) because more generally it will have some arbitrary double precision value that I want to convert to quadruple precision without having junk in the high digits.

You have to specify the same precision to both z and u. Otherwise, it’s not possible, AFAIK.

@arjen OK I think I understand. It happens when I convert a single to double, or when I convert a double to quad. For example, if x is single precision and I write x=0.123456789e0 it is stored as a 32 bit floating point number. But 0.123456789e0 is not exactly representable as a 32 bit float, the thing that gets stored internally in binary is something else, something with nonzero trailing digits (like 1/3 in your reply). Now if I convert it to a 64 bit representation, that 64 bit object will match as closely as possible to the thing that got stored as a 32 bit float, it won’t match as closely as possible the thing I started with which was 0.123456789e0. Right?

Spot on! With the enlarged precision in quadruple precision numbers you merely push the “garbage” further away.

You may be interested in the classical article by David Goldberg, What Every Computer Scientist Should Know About Floating-Point Arithmetic It presents all the gory details

It is useful to recognise real values that have lots of trailing zeros, especially when using constants in fortran code, such as “real*16 : u = 2” does not need any extra precision syntax in Fortran code.

real*8 :: time_step = 0.1 is a common source of unexpected inaccuracy in modern Fortran.

Thanks for the Goldberg article. At 80 pages in length I can see that this will take some time!

Thanks, John, for the code. These examples are very informative.

On a more philosophical level you may also be interested by Nicolas Gisin’s work, for example:
“Indeterminism in Physics, Classical Chaos and Bohmian Mechanics: Are Real Numbers Really Real?” 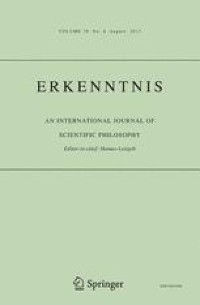 Indeterminism in Physics, Classical Chaos and Bohmian Mechanics: Are Real...

It is usual to identify initial conditions of classical dynamical systems with mathematical real numbers. However, almost all real numbers contain an infinite amount of information. I argue that a finite volume of space can’t contain more than a...

One point I find helpful on such occasions but nobody mentioned is that a Fortran assignment, say x = y, is done by finding y in whatever precision it was declared with and then putting the answer into x.

Thanks for that reference

Instead of writing the values with list-directed i/o, use a Z format to see all of the bits in the floating point numbers. What is happening with the printed values will then make sense.

Note that, since you did not use the program text button, the statement " u=1._qp*z*" in your program lost the asterisk and came out as " u=1._qpz". This can be quite confusing to readers who find your verbal conclusions mismatched to the apparent version of the program text.

Regarding “junk in the high digits”, there is an adjustment that you have to make in your outlook. As others have remarked, many short decimal fractions such as 0.1 do not have an exact or even a short representation in base 2. Similarly, 1.0/3 has a single digit representation in base 3, namely, “0.1”, but is an endless stream of digits, 0.333…, in base 10. Real numbers in most common computers are represented in base 2, not base 10.

I’ve edited my original post to fix the problem with the missing asterisk.

On a related note, it seems unnecessary for me to have written

The presence of 1._qp on the right hand side causes z to be converted to kind(qp), then it gets multiplied by 1._qp, then it’s stored in u which is also of kind(qp).

To achieve the same result, I could have simply written

@vmagnin The article by Gisin on Indeterminism in Physics is thought provoking. But I wasn’t convinced by his argument that there’s a problem with our (deterministic) classical laws of Physics, namely, that they involve real numbers, and “one should not attribute to real numbers, i.e. to numbers that contain an infinite amount of information, any physical significance.”

A minor point: In footnote 1 he alludes to a system he calls Norton’s dome, and he points out that this is a particular example where the equations of motion don’t have a unique solution. But the dynamical system in question involves a differential equation whose right hand side is not Lipschitz continuous. So, the system of this example is not guaranteed to have a unique solution.

Is there some way to avoid this? I want to have u=1.23456789_qp . I don’t want to do this assignment manually (as in the previous sentence) because more generally it will have some arbitrary double precision value that I want to convert to quadruple precision without having junk in the high digits.

@rdyne, for such needs you can consider a utility subprogram using I/O, more specifically internal I/O, say like so:

Edit: unnecessary impure prefix removed as pointed out by @Harper.

FortranFan’s program does not need its keyword impure because the only I/O in subroutine dp_to_qp is to and from an internal file s which is local to the subroutine, by the f2018 standard C1598 in
section 15.7. I tried it successfully with both gfortran and ifort both after changing that keyword to pure and after removing it altogether. Of course the keyword pure was superfluous, by the f2018 standard 15.6.2.1 paragraph 4.

Indeed, thanks for pointing it out. Glad the 2 processors support this Fortran 95 feature, I was under the vague impression the Intel one had some outstanding issue with WRITE statement to an internal file in a PURE subprogram.