Which IDE/editor is used in this video? 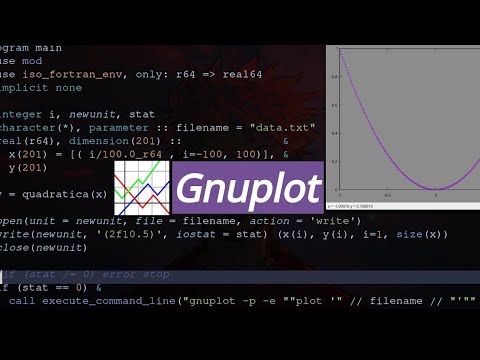 I find the IDE/editor used in this video very powerful and fast.

You can see at the beginning it is Vi(m).

It is vi, but be careful: you may not be able to quit the IDE ever again…

Jokes apart, I have tried a couple of IDE’s and I always come back to emacs. which is even more powerful than vi.

If I had to guess, it’s vim with vim-airline installed (GitHub - vim-airline/vim-airline: lean & mean status/tabline for vim that's light as air), although I’m not familiar with the autocomplete module. Could it possibly be nvim aliased to vi?

So there is no Language Server configured in this video, you can see this on 10:43 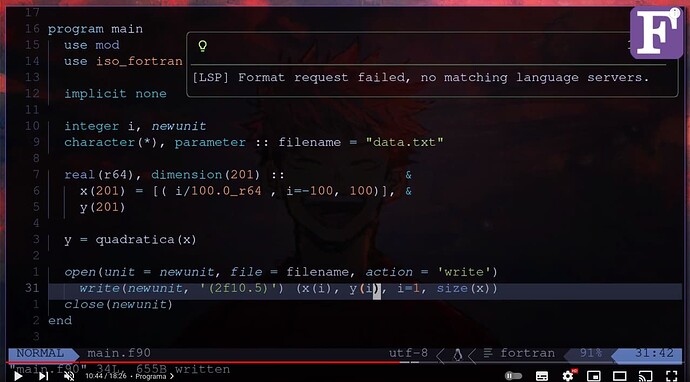 The completions are provided by tabnine, probably through the YouCompleteMe plugin (just guessing), which is why they are so inaccurate both in syntax and scope.

Don’t get me wrong Tabnine or GitHub Copilot, which I personally prefer, are amazing tools but they won’t necessarily give you accurate results, they are however very good at generating snippets and large chunks of code.

For some reason I misleaded and thought that LSP failed in this particular case especially after I saw that mentioned above vim-airline plugin has LanguageCient integration.

P.S.
I found that Kate editor has LSP plugin that configured to use fortran-language-server package but as it runs via fortls command it works with fortls package. At least with fortls being installed it provides autocompletion, hover info and also “go to definition” etc. (via LSP context menu).