TL;DR: SmartSim allows sharing data between applications in different languages (Fortran, C, C++, Python) through an in-memory cache based on Redis. It seems geared toward training ML models in Python and applying them on the fly in HPC simulations. 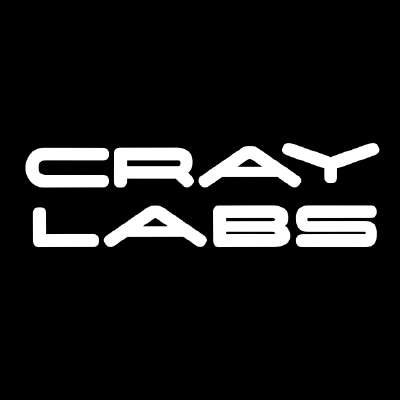 SmartSim Infrastructure Library. . Contribute to CrayLabs/SmartSim development by creating an account on GitHub.

The cache layer is SmartRedis:

SmartRedis is especially interesting to me because it seems to provide a Fortran client to Redis, an in-memory database that I’ve been enjoying in the past year or so.

Very interesting, thanks for sharing. I bet we will see even more ML + HPC examples in the future.

It would be great if we could wrap the TensorFlow C API. I’ve saved links to a few blog posts (BP1, BP2) about how it can be used to run a model trained in Python from an application in C. I believe the C API also serves as the basis for bindings for other languages.

As a proof of concept I downloaded the precompiled Linux archive given in the Setup section, extracted it into /usr/local/ and ran sudo ldconfig to configure the linker.

Then I created a small wrapper module:

and replicated the original hello_tf.c example:

Finally I compiled the program, and ran it:

Addendum: here a few more links if someone would like to explore calling TensorFlow from Fortran further

There is the Fortran-Keras Bridge (FKB)

This library allows users to convert models built and trained in Keras to ones usuable in Fortran. In order to make this possible FKB implements a neural network library in Fortran. The foundations of which are derived from Milan Curcic’s original work.

Keras is built on top of TensorFlow. Since Keras is more high-level I think one would want to call it rather than TensorFlow when possible.

Don’t take my word for this, but I think there is an important difference, in case of FKB the weights and topology are loaded from a file, and the neural network kernel is a piece of Fortran code.

In case of calling the TensorFlow primitives directly, one actually launches a (GPU) kernel (either pre-compiled or JIT-compiled) produced by the Tensorflow XLA Optimizing Compiler for Machine Learning.

I haven’t used Tensorflow before, so I cannot vouch this is entirely correct.

Thanks for sharing @milancurcic! You described it well. The important thing to know about SmartSim is that its a client-server paradigm. This is very unlike other solutions for ML for HPC like Fortran Keras Bridge, which largely builds off the work of @milancurcic and Neural Fortran, that runs inside the simulation itself.

FKB is undoubtedly a cool framework. We looked into using it for our research. Compiling in C APIs also works (see github TensorFlowFoam for an example of this TF C API with OpenFOAM) but it can be alot of work to build and maintain.

The reason we built SmartSim like this boils down to flexibility.

The client server architecture also facilitates online analysis (“live” output of diagnostics for plotting, training etc) bypassing the filesystem. The SmartRedis clients work with OSS Redis cluster but don’t have the same scaling problem as many OSS redis clients because we address database shards directly. The data is distributed evenly on the database cluster nodes and is opaque to the user. All you need to know is the key where you stored the data you want to look at/use (think large distributed python dictionary but fast and written in C). Similar to how it distributes storage requests evenly, it also distributes processing and inference requests evenly. The ML runtimes execute in the database. Essentially you can upload trained models from a jupyter notebook in python(or from the workload itself), use it in the workload(C/C++/Fortran), update if you want to, and monitor it the whole time.

Performance is the natural next question. How does moving the ML/processing/analysis outside the workload scale? We are writing a paper about this and a collaboration we did with NCAR on MOM6 (Fortran based ocean model) and it should be on arxiv very soon. If you can’t wait, we hosted the inference scaling test we ran for the paper and if you have access to a fairly large allocation on a slurm system with GPUs it’ll run with few changes. Theres a Fire CLI for changing the experiment parameters. If you’re interested in running the online inference scaling tests on a different system at scale, feel free to message me on the slack (invite hosted on the github) we created and Ill help.

Also @ivanpribec you are right we need to do more tutorials and examples. We have some coming out soon. Let me know if there is an example you’d like to see.

We have some fortran examples here

I would post the API link to but since I am a new user I can only post two links.It should be fairly easy to find from the above link to the docs.

Were also speaking at PyTorch Ecosystem day (poster) and RedisConf (pre-recorded presentation) if you want to hear more.

It’s still young and we have alot to do, but hopefully y’all find it useful! If you’d like to contribute we would certainly appreciate the help and Fortran expertise.

Welcome to the forum, @spartee!

Thanks @spartee for explaining SmartSim and for posting here. Welcome!