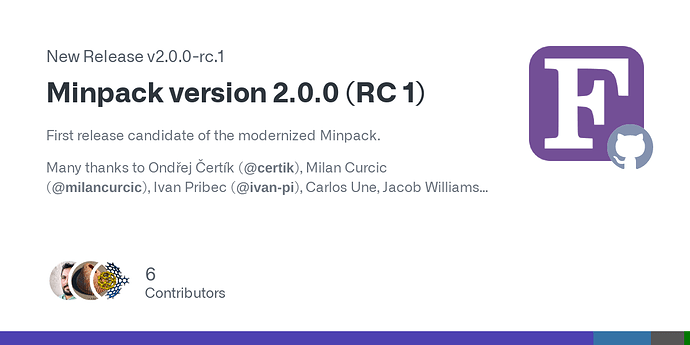 We are interested in feedback for the Fortran package (supported via fpm or meson), as well as the C and Python bindings. Let us know if you find something that is not working as expected.

For meson projects you can get the minpack dependency via

To use mesons subprojects include a wrap file with the following content in subprojects/minpack.wrap

Finally, for Python projects we offer a shortcut via meson-python to directly build the Fortran projects and the Python bindings

We didn’t upload Minpack to PyPI yet, because we want to gather some experience on the usability of meson-python as build backend first before we fully commit to it. The disadvantage of this build setup is obviously that you cannot use the Minpack installation in Fortran anymore